*Thank you HarperTeen, Edelweiss, and Sara Holland for the early review copy in exchange for my honest opinion

In the kingdom of Sempera, time is currency—extracted from blood, bound to iron, and consumed to add time to one’s own lifespan. The rich aristocracy, like the Gerlings, tax the poor to the hilt, extending their own lives by centuries.

No one resents the Gerlings more than Jules Ember. A decade ago, she and her father were servants at Everless, the Gerlings’ palatial estate, until a fateful accident forced them to flee in the dead of night. When Jules discovers that her father is dying, she knows that she must return to Everless to earn more time for him before she loses him forever.

But going back to Everless brings more danger—and temptation—than Jules could have ever imagined. Soon she’s caught in a tangle of violent secrets and finds her heart torn between two people she thought she’d never see again. Her decisions have the power to change her fate—and the fate of time itself.

Everless takes the title for debut YA Fantasy that surprised the hell outta me in a very good way! I read a TON of YA Fantasy & it’s been increasingly difficult to find ones that keep me invested in the story start to finish. Perhaps it’s the mystery at its core that sucks you in or the concept of time equals money in the literal sense that make Everless a solid start to this (untitled) series. In the Kingdom of Sempera there are stories passed down to children about the Sorcerer and Alchemist who were always at odds and eventually bound time to blood and metal. The wealthy tax the poor & continue to add on years to their own lives. In Everless, the Gerlings are at the top of the aristocracy and our MC Jules used to live in the palace alongside her father until they were evicted. We are given some vague details about the incident that led to them being thrown out of Everless but we know that Jules has never forgotten or forgiven those she feels are responsible.

Living just outside of Everless’ walls, Jules & her father start over however, it hasn’t been easy financially and he forbids her from bloodletting. Since rent & taxes are collected by way of blood, Jules’ dad isn’t doing to good when we first meet him. Jules tries to respect his wishes however, seeing his life be drained away each & every time he gives up blood  while she stands idly by just isn’t something she could do. Headed back to Everless as a young woman now, she hopes no one will recognize her while she attempts to earn enough blood-iron to buy back her fathers time. With each bloodletting a person loses time from their lives, Jules knows her dad doesn’t have much time left to give. She wasn’t expecting to run into so many familiar faces or for them to remember her as the blacksmiths daughter. She also doesn’t know how deeply in danger she really is being inside the Everless walls… 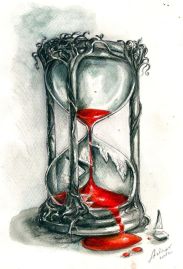 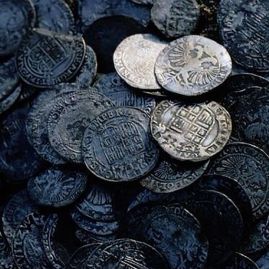 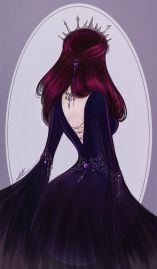 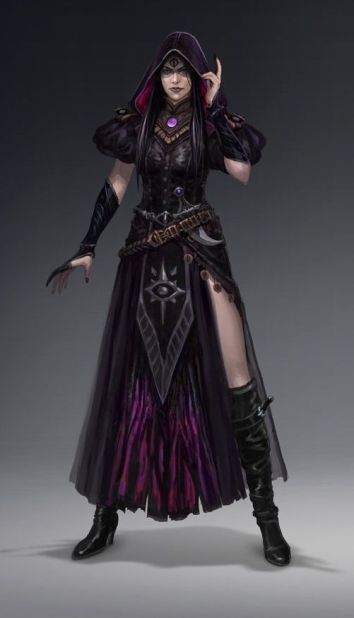 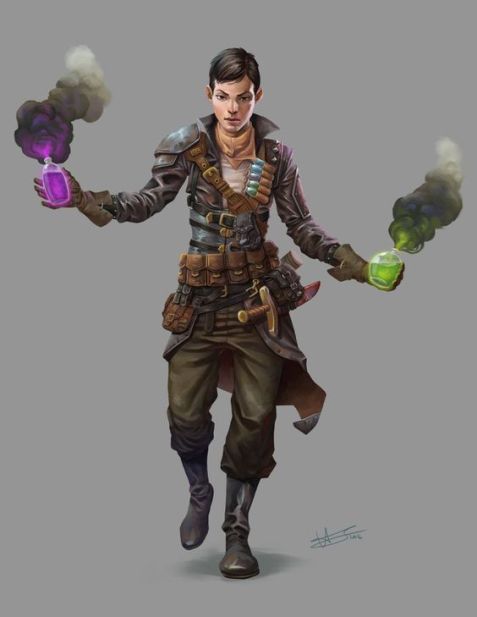 I’m a sucker for stories that feature tight bonds between father & daughter which we get as soon as we jump into this book. Pehr aka Jules’ Dad just wants to keep her safe & live normal lives away from Everless. He definitely holds many secrets that he hopes will remain so for the safety & well being of Jules. Our MC Jules has a lot  to learn! this book was full of plot twists that often left Jules looking very naive. There’s more than meets the eye with Jules & this first installment was really about her journey to self-discovery. I am very curious to see the Jules we will be reunited with in the sequel since  the epilogue was pretty bad a**! We also meet the Gerling brothers Liam & Roan, these two remember playing games with Jules when they were children. Jules has always carried feelings towards Roan while despising & blaming Liam for much of her misfortune. In the background we have the Everless kitchen staff who instantly gave me Downton Abbey vibes & since I loved that show, this was a real treat! within the staff Jules finds a friend or two which gives us some positive f/f interactions. Last but not least we have the mysterious and cold Queen who honestly can give Queen Levana (Lunar Chronicles) a run for her $$$! She’s lived centuries off of bloodletting the poor & is no stranger to the battlefield. Whatever you do, DON’T TOUCH THE QUUEN! There are two characters I am purposely leaving out cause spoilers even though i find them to be very interesting 😉

Although Everless is a YA Fantasy, it managed to also blend in a mystery that I enjoyed piecing together. Yes, some parts felt predictable & I could see where it was going but the plot twists definitely kept things interesting. Everless accomplished what many YA Fantasies I read this year haven’t…it set down a strong foundation it can build upon for the rest of the series. It isn’t fast paced nor filled with action in every scene however, the world building is on point! the whispered stories of the Sorcerer & Alchemist keep you questioning whether or not you believe in their existence. A lot of times you are questioning things right alongside our MC Jules. It was interesting seeing Jules compare her 7 year old POV vs. now at the age of 17. Perspective really is key in Everless which I found pretty neat. The last chapter or two left me with plenty of questions hopefully setting up the sequel for a strong head start. In the sequel my only hope is to see more character growth in Jules which I have a feeling is the direction she’s going in. Lastly, this first book was very much a mystery that unravels at the very end, my hope is to see more action scenes & more of the plot twists sooner into the next book. Everless kept me turning the pages effortlessly, I had to know what was what & who was a friend or foe. At times I saw a move coming in advance & Other I was left pleasantly surprised. This is one where you’ll enjoy gathering the bits and pieces of information that form a complex history for all key players 😉

HAPPY FRIDAY BOOKWORMS!!! Everless will be hitting the shelves this Tuesday January 2nd! I’m currently trying to choose a cover since both the U.K and U.S. did an amazing job! *heart eyes* can you imagine paying your rent in blood iron? tbh it can feel like I already am, what with living in NYC all my life LOL! will you be giving Everless a go? If you’ve already read it, how’d it fare with you? Sound off in the comments <3’s!

Did I stay up until 2am finishing this book? Yes…yes I did and although I’m feeling it at the moment, I also have no regrets. Hands down a compulsive read that is equal parts character and plot driven, this is one you can’t put down for long. Some reviewers say this has Riverdale Vibes and I’d have to agree. We have an academic setting with seven characters who’ve gravitated towards each other and have a complex friend group. It’s told in past and present timelines from mostly Jessica’s POV, she is an unreliable character with one hell of a narcissistic personality and fits the bill as far as unlikeable characters go. We get to slip into some of the other characters POV as they recount their version of events. Ten years ago, one of the friends was murdered on campus and most walked away ready to leave that all behind. Someone decides to make Homecoming the time to lure out the killer to carry out overdue justice which triggers the unraveling of secrets, lies and betrayals within their friend circle. This was fast paced with the first half reading a bit lighthearted (when compared to the latter half this almost seemed like the “good times”)as we see these characters living their best college lives, dating, and dealing with baggage that stems from unhealthy/toxic relationships with their parents. The second half was like watching the domino effect set off, at which point there is no turning away. Dark & filled with obsession, greed, vanity, violence and narcissism…I don’t think I’ve ever read something so wrong yet also satisfying that I’m still processing that ending. Also, other than Coop I can’t really say I liked any of these characters but I found myself 100% invested in all of their lives. In any case, this author is now on my radar for future reads.
╰☆☆ “𝐋𝐢𝐤𝐞 𝐬𝐡𝐞’𝐝 𝐜𝐨𝐦𝐞 𝐭𝐨 𝐭𝐡𝐞 𝐞𝐧𝐝 𝐨𝐟 𝐚 𝐒𝐜𝐨𝐨𝐛𝐲-𝐃𝐨𝐨 𝐞𝐩𝐢𝐬𝐨𝐝𝐞 𝐚𝐧𝐝 𝐩𝐮𝐥𝐥𝐞𝐝 𝐨𝐟𝐟 𝐡𝐞𝐫 𝐨𝐰𝐧 𝐦𝐚𝐬𝐤, 𝐫𝐞𝐯𝐞𝐚𝐥𝐢𝐧𝐠 𝐭𝐡𝐚𝐭 𝐚𝐥𝐥 𝐭𝐡𝐢𝐬 𝐭𝐢𝐦𝐞 𝐬𝐡𝐞’𝐝 𝐛𝐞𝐞𝐧 𝐩𝐥𝐚𝐲𝐢𝐧𝐠 𝐭𝐡𝐞 𝐩𝐚𝐫𝐭 𝐨𝐟 𝐇𝐚𝐩𝐩𝐲-𝐆𝐨-𝐋𝐮𝐜𝐤𝐲 𝐏𝐚𝐫𝐭𝐲 𝐏𝐥𝐚𝐧𝐧𝐞𝐫 𝐰𝐡𝐞𝐧 𝐢𝐧 𝐫𝐞𝐚𝐥𝐢𝐭𝐲 𝐬𝐡𝐞 𝐰𝐚𝐬 𝐭𝐡𝐞 𝐭𝐞𝐫𝐫𝐢𝐟𝐲𝐢𝐧𝐠 𝐄𝐝𝐮𝐜𝐚𝐭𝐞𝐝 𝐖𝐨𝐦𝐚𝐧 𝐨𝐟 𝐂𝐨𝐥𝐨𝐫" ☆☆╮
Happy Monday Book Lovers! And a Fantabulous Monday it is simply because I’ve read my first 6 star read of the year! I’ve had Ashley Herring Blake on my radar for a while now & even own a copy of 𝐺𝑖𝑟𝑙 𝑀𝑎𝑑𝑒 𝑂𝑓 𝑆𝑡𝑎𝑟𝑠 that I really should get to, but this is her first adult romance and it quite honestly is the 𝗕𝗘𝗦𝗧 sapphic romance I’ve ever read. I am not one to fan cast when reading but I just couldn’t get Christina Hendricks (Made Men) and Laura Prepon (OITNB) out of my head. They are Delilah and Claire in my head & heart. Delilah Green Doesn’t Care hits shelves February 22nd - 𝗪𝗛𝗔𝗧 𝗬𝗢𝗨’𝗟𝗟 𝗙𝗜𝗡𝗗...
╰☆☆ “𝐓𝐡𝐞 𝐜𝐥𝐚𝐧 𝐢𝐬 𝐦𝐲 𝐛𝐥𝐨𝐨𝐝, 𝐚𝐧𝐝 𝐭𝐡𝐞 𝐏𝐢𝐥𝐥𝐚𝐫 𝐢𝐬 𝐢𝐭𝐬 𝐦𝐚𝐬𝐭𝐞𝐫. 𝐎𝐧 𝐦𝐲 𝐡𝐨𝐧𝐨𝐫, 𝐦𝐲 𝐥𝐢𝐟𝐞, 𝐚𝐧𝐝 𝐦𝐲 𝐣𝐚𝐝𝐞.” ☆☆╮
🎉🥂𝐵𝑖𝑟𝑡ℎ𝑑𝑎𝑦 𝐺𝑖𝑟𝑙 ℎ𝑒𝑟𝑒🥂🎉
╰☆☆ 𝓣𝓱𝓮 𝓦𝓲𝓷𝓽𝓮𝓻𝓷𝓲𝓰𝓱𝓽