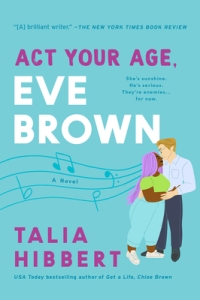 🖤eGalley provided by Publisher in exchange for an honest review, all quotes come from an advance copy and may not match the final release🖤

Eve Brown hasn’t quite found her footing in life when her family decides to stage an intervention. The wealthy Brown family love their daughters but realize that Eve is a bit lost and hesitant to set off in the world. Cutting her off of her trust fund and pushing her to set some goals turns out to be the push she needs to discover some things about what is holding her back. She stumbles into a Bed and Breakfast that is looking to hire a Chef, the owner Jacob is an autistic man who is everything Eve has stayed away from. Organized, meticulous, a bit rigid and a stickler for rules Jacob sees Eve as a tornado come at the wrong time. Eve personally applies for the job because she thinks it doesn’t run the risk of being something she will fall in love with doing. For Eve it’s not just fear of failure, it’s also disappointing her loved ones. It’s why she’s floated in between careers and hobbies without ever truly setting roots even though she’s quite skilled and great at pretty much anything she tries her hand at.

Jacob has just suffered an injury (won’t say how cause spoilers haha!) and doesn’t have anyone that can help run his B&B the way he is accustomed to on such short notice. He gives in and posts a flier looking to hire a Chef temporarily and Eve is who comes in for an interview. We get a hate-to-love romance with plenty of steam to accompany the dishes they’re serving! + who doesn’t love the proximity trope? *wink eye wink eye* UGH! just when I thought it couldn’t get better than Dani & Zaf from Take a Hint, Dani Brown (my review) Hibbert swoops in with the next all star couple *heart eyes*

There’s so much we get to unravel with Eve as a main character, someone who is so giving of herself but doesn’t see much of a return. This was really a story of self worth and setting boundaries that I heavily could relate to. It’s also not a Talia Hibbert book without A+ humor and banter, Eve & Jacob had me laughing for the entirety of my one sitting read of this book. I created a playlist of songs Eve listens to while she works and enjoyed my time with these characters. Character quirks I loved: Jacobs maddening inner monologue on how Eve drives him up the wall had me giggling for hours. His need for control and icy reserve slowly coming apart whenever he entered the kitchen and saw Eve in her element. Eve who is completely oblivious at just how magnificent she is…I LOVE HER! I lived for those moments when Eve delighted in the joy she got from making Jacob blush with her sexual innuendos. I love all of the Brown sisters but Eve is just so full of personality and a nurturer in ways she herself hasn’t acknowledged. Eve is a multi-talented, plus size, sexy, fun tee-shirt wearing woman with great taste in music and a big heart.

“Your abilities lie in the places people usually overlook, so you’ve been convinced you don’t have any at all. But you’re smart, and you’re capable, and if people struggle to see that, it’s their problem, not yours.”

Jacob is 100% supportive and in doing so helps Eve come to the realization that she is a phenomenal woman. They also share a lot more in common than meets the eye, won’t say what cause that would definitely be spoilery. I just honestly believe Talia Hibbert knows how to deliver a male love interest you can’t help but love! They’re in no way perfect but Red from Get a Life Chloe Brown, Zaf from Take a Hint, Dani Brown and now Jacob from Act Your Age, Eve Brown Come close to ideal when thinking of a life partner  This is the conclusion to the Brown sisters and although bittersweet, I am beyond happy to have met all of these characters on the page. These are character driven stories filled with humor and strongly independent female leads paired with awesome male partners. Best of all is the humor, diversity, and body positivity they all carry within💜

Top Ten Tuesday was created by The Broke and the Bookish in June of 2010 and was moved to That Artsy Reader Girl in January of 2018. It was born of a love of lists, a love of books, and a desire to bring bookish friends together. This weeks topic is “The Ten Most Recent Additions to My Bookshelf” which I’ve amended to those that I hauled to my e-reader cause they deserve some love too. I’ll admit some of these I already own physical copies to, but its just easier nowadays to read from my tablet. Ok, this list here is QUITE the mixed bag which pretty much speaks volumes on my undying love for mood reading. These also happen to be the books I’ll be using as palette cleansers as I make my way through my ARC spreadsheet, a lot of which are Fantasy. 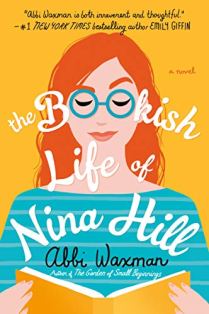 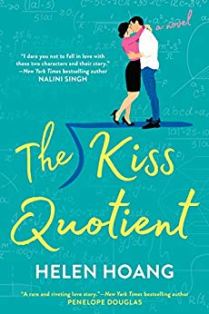 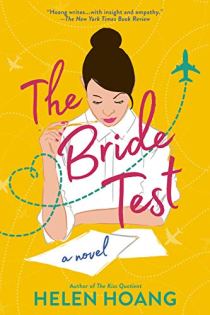 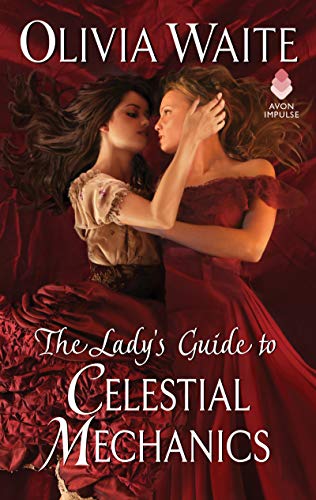 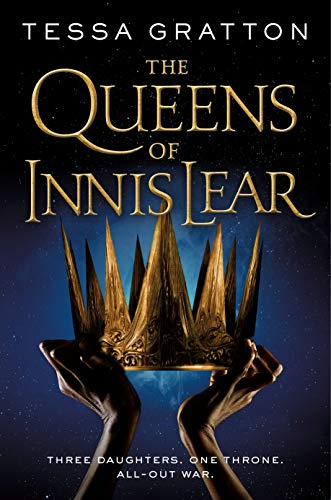 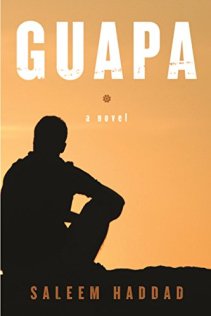 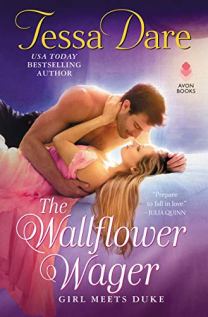 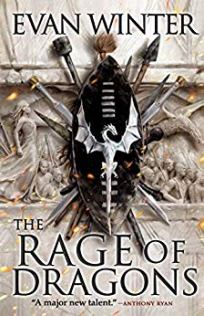 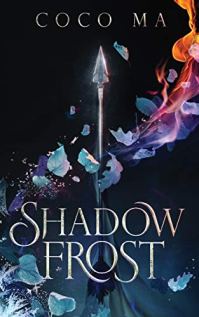 The Bookish Life of Nina Hill by Abbi Waxman – Our MC works in a bookstore and is pretty much a happy introvert who thinks she’s an only child. When she finds out the father she never knew has passed away & that she’s one of many siblings, her whole life makes a huge turn. Add to this a unexpected romance with her trivia nemesis, I’m all IN!

Kushiel’s Dart (Phèdre’s trilogy #1) by Jacqueline Carey – I’ve heard SO much about this series & finally got my copy. It’s a dark sexy Fantasy where the MC is trained as both a spy & a courtesan. When she stumbles across a plot against her homeland, she sets out to save that which she loves.

“Set in a world of cunning poets, deadly courtiers, heroic traitors, and a truly Machiavellian villainess, this is a novel of grandeur, luxuriance, sacrifice, betrayal, and deeply laid conspiracies. Not since Dune has there been an epic on the scale of Kushiel’s Dart-a massive tale about the violent death of an old age, and the birth of a new.”

The Kiss Quotient (The Kiss Quotient #1) by Helen Hoang – this well loves contemporary is about a MC with Aspergers who hires a Vietnamese/Swedish professional to help her in all things dating & bedroom. This eventually turns into more & I’m really just way overdue to read this one.

The Bride Test (The Kiss Quotient #2) by Helen Hoang – The sequel to The Kiss Quotient cause lets face it, I will most likely fall in love with TKQ & crave this one! $1.99 on Kindle last time I checked (1/19/2020) is a steal. Following characters from TKQ, this time our MC is a Vietnamese Autistic guy who feels he’s incapable of loving after experiencing a loss. The MC’s mother travels to Vietname to see if she can find him a bride. The love interest is a Bi-racial (Vietnamese/White) single mom who is willing to take  his mom up on her off to marry her son in hopes for a better life.

The Lady’s Guide to Celestial Mechanics by Olivia Waite – a F/F Historical Romance that comes HIGHLY recommended by some of my closest bookish buddies. Here we follow Lucy who is hoping to get the job translating a groundbreaking French astronomy text by a deceased Scientist. Recently widowed, Catherine isn’t expecting to fall in love as Lucy spends her nights translating scientific text.

The Queens Of Innis Lear by Tessa Gratton – A land drained of it’s magic by a mad King who Is obsessed with property is being circled by enemies who want control over its ideal port for trades. The King must choose an heir on the longest night of the year. His three daughters care not to leave this decision to rituals & instead choose to go to war. Having really enjoyed Strange Grace by Tessa Gratton, I’m really hoping to LOVE this one *fingers crossed*

GUAPA by Saleem Haddad – A coming of age story following a Gay man in a unnamed Arab country during much political and social upheaval. In the course of one night his whole life changes. Caught in bed with his lover by his Grandmother, our MC heads out only to find three of his closest friends to be missing. Ashamed to return home he sets out to find his missing loved ones which takes him throughout the countries seediest slums.

The Walflower Wager (Girl Meets Duke #3) by Tessa Dare – It wasn’t until I sat down to draft this post that I realized this is book 3 in this series SMH! however, it does seem like it can be read on its own as a stand alone. This one features a wealthy ruthless MC who just wants his neighbor to clear out all of the furry animals she’s keeping next door. Lady Penelope Campion however, cannot truncates away any animal in need. She strikes a deal with the Duke, if he can find homes for all of her wounded charges the & only then will she clear out her home. THIS should be innneresting haha!

The Rage of Dragons (The Burning #1) by Evan Winter – “Game of Thrones meets Gladiator in this debut epic fantasy about a world caught in an eternal war, and the young man who will become his people’s only hope for survival.”—> This is an African inspired EPIC Fantasy I’ve heard good things about. I am ALWAYS looking for Diverse/Own Voices high Fantasy reads & so this was a MUST!

“IN THE KINGDOM OF AXARIA, a darkness rises.

Some call it a monster, laying waste to the villagers and their homes.
Some say it is an invulnerable demon summoned from the deepest abysses of the Immortal Realm.
Many soldiers from the royal guard are sent out to hunt it down.

Not one has ever returned.” —>This is a YA Fantasy I caught wind of last year. Having heard it features a cast of very funny characters, that’s just about all I needed to know I’d give it a go.