It is now March 6th & I am writing this post from my new place, finally fully settled in. February was a very special month for my little family (hubby & two tiny humans), a month of new beginnings. We didn’t exactly live in the safest of neighborhoods…matter of fact, its up there with one of the worse. This is common in NYC but not ideal when you’re trying to raise two tiny humans. Our neighborhood prevented us from many of the simple things like taking a walk down the block, all four corners having heavy police presence. Now I love my city, but this was new for me. We moved into that apartment 4 years ago with hopes to move sooner rather than later. For those of you who live in NYC, you know that rent for an apartment is about the average mortgage on a house. We considered the very likely possibility of moving out of state & starting over. What held us back? I’d have to say that its our jobs/careers. They aren’t exactly positions easy to come by & we are blessed in that sense. Yet still, the rent for an apartment is astronomical. Through the grapevine I heard about NYC lottos for brand new beautiful apartments in development in up & coming neighborhoods. I never in a million years expected to win smh after all, the odds were grim in such a large city. When I got the call I couldn’t believe it, my commute is longer but It’s also a suburb style neighborhood w/out actually leaving the city. In fact it wasn’t until I was handed the keys that it clicked. I am still in disbelief but for the 1st time in many years, I am happy in my home 😉

Special thank you to my twin Gretchen @Chicnerdreads for being super sweet & coming to my neck of the woods to help out while we moved. I also got to read & edit her AMAZING debut poetry book Love, and You (Goodreads link here) out April 4th, 2017!🖤🙌🏼🖤 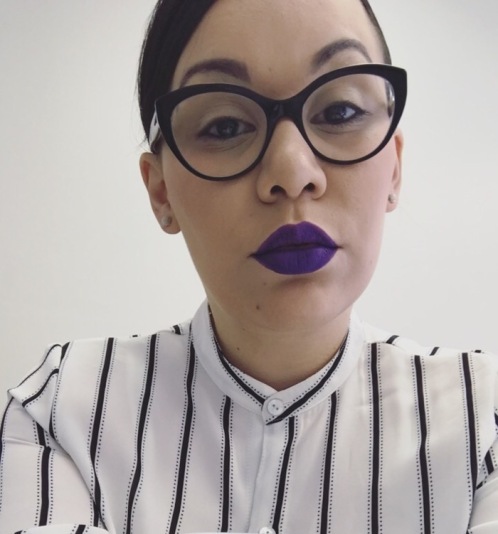 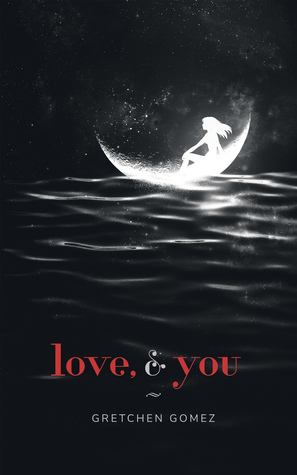 On the reading/blogging front…I didn’t blog much but surprisingly the move didn’t hinder my reading. I think its because when i’m stressed or overwhelmed, I find comfort in my books. On to my Wrap-Up… 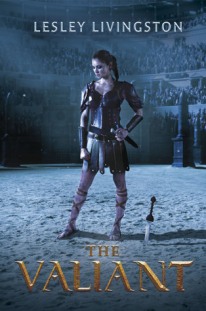 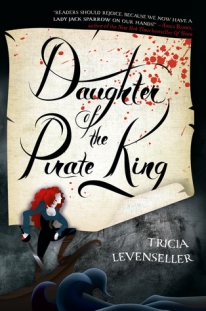 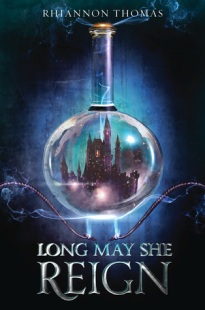 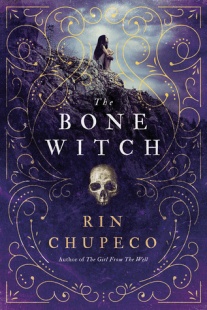 Daughter of the Pirate King by Tricia Levenseller ★★★★★ (5 STARS) 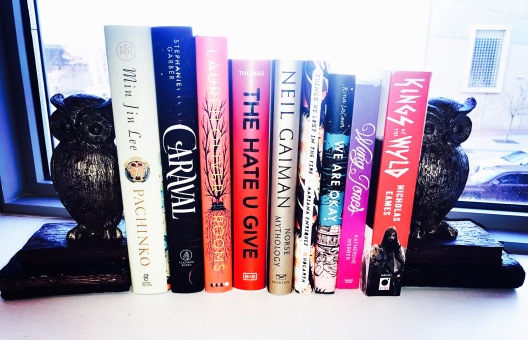 Pachinko by Min Jin Lee (Book Of The Month)

The Hate U Give by Angie Thomas

We Are Okay by Nina LaCour

Kings of the Wild by Nicholas Eames 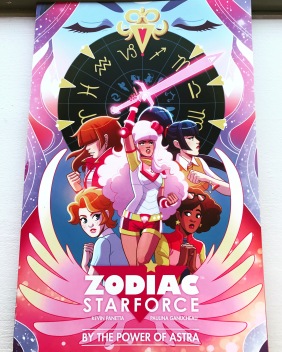 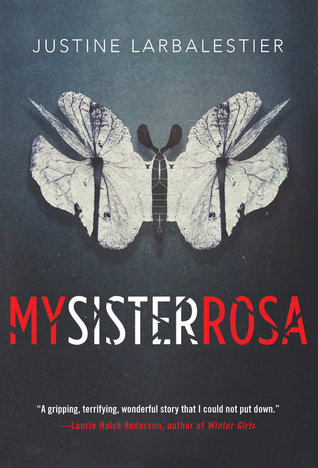 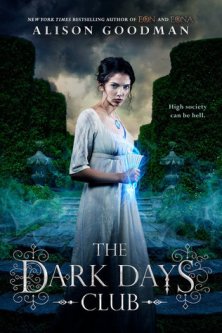 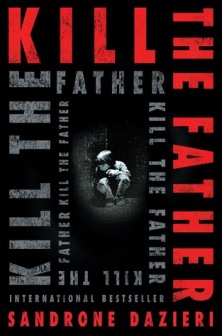 To All The Boys Ive Loved Before by Jenny Han

Into The Light by Althea Romig

My Sister Rosa by Justine Larbalestier

Kill The Father by Sandrone Dazieri

Usually this is the part where I include any movies or tv shows the hubby & I binged but the move pretty much ate up our February. Now that we’re settled, things are getting back to norm (whatever that is lol) & we’ve even gone out on our first date night since living here. I’m a little behind with reviews but I’ll catch up soon enough, for now i’m just enjoying the moment <3’s! 😉

In the midst of all the chaos that has been my February, two things remained pretty constant…Owlcrate & Book of the Month! they arrived in the middle of me moving to my brand spankin new apartment. In the middle of boxes, newspapers, and bubble wrap, I sat down & opened up my book mail cuz that’s the type of bookworm I am LOL smh. I was also in much need of normalcy cuz everything truly happened so fast (more of that to come in my wrap-up).

Whatever you’ve heard about Caraval, it doesn’t compare to the reality. It’s more than just a game or a performance. It’s the closest you’ll ever find to magic in this world . . .

Welcome, welcome to Caraval―Stephanie Garber’s sweeping tale of two sisters who escape their ruthless father when they enter the dangerous intrigue of a legendary game.

Scarlett has never left the tiny island where she and her beloved sister, Tella, live with their powerful, and cruel, father. Now Scarlett’s father has arranged a marriage for her, and Scarlett thinks her dreams of seeing Caraval, the far-away, once-a-year performance where the audience participates in the show, are over.

But this year, Scarlett’s long-dreamt of invitation finally arrives. With the help of a mysterious sailor, Tella whisks Scarlett away to the show. Only, as soon as they arrive, Tella is kidnapped by Caraval’s mastermind organizer, Legend. It turns out that this season’s Caraval revolves around Tella, and whoever finds her first is the winner.

Scarlett has been told that everything that happens during Caraval is only an elaborate performance. But she nevertheless becomes enmeshed in a game of love, heartbreak, and magic with the other players in the game. And whether Caraval is real or not, she must find Tella before the five nights of the game are over, a dangerous domino effect of consequences is set off, and her sister disappears forever.

Pachinko follows one Korean family through the generations, beginning in early 1900s Korea with Sunja, the prized daughter of a poor yet proud family, whose unplanned pregnancy threatens to shame them all. Deserted by her lover, Sunja is saved when a young tubercular minister offers to marry and bring her to Japan.

So begins a sweeping saga of an exceptional family in exile from its homeland and caught in the indifferent arc of history. Through desperate struggles and hard-won triumphs, its members are bound together by deep roots as they face enduring questions of faith, family, and identity.

What are your thoughts on February’s Owlcrate? Have any of my bookish peeps read Caraval? For my fellow BOTM subscribers, what were your selections for February? 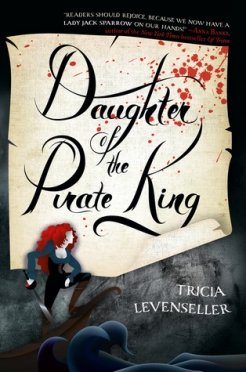 A 17-year-old pirate captain intentionally allows herself to get captured by enemy pirates in this thrilling YA adventure.

Sent on a mission to retrieve an ancient hidden map—the key to a legendary treasure trove—seventeen-year-old pirate captain Alosa deliberately allows herself to be captured by her enemies, giving her the perfect opportunity to search their ship.

More than a match for the ruthless pirate crew, Alosa has only one thing standing between her and the map: her captor, the unexpectedly clever and unfairly attractive first mate, Riden. But not to worry, for Alosa has a few tricks up her sleeve, and no lone pirate can stop the Daughter of the Pirate King.

Debut author Tricia Levenseller blends action, adventure, romance, and a little bit of magic into a thrilling YA pirate tale.

Daughter of the Pirate King is the story of Alosa, a 17 year old pirate captain who has been sent by the Pirate King AKA her father to find a hidden map. Alosa along with her crew of female pirates plot her own kidnapping, fully intending to allow herself to be taken by another ships captain. She downplays her physical capabilities as well as other abilities that would give her a serious advantage in any physical altercation. The objective is to be taken onto the ship in order to find the hidden map that will lead them to a Island filled with treasures. There are three important/royal pirate families descended from three well known & highly feared pirates. Alosa is descended from the Pirate King himself and they hold one of the maps needed to find the island, the other two maps can be found within the other two pirate families. Alosa successfully manages to pull off being kidnapped however, her mission turns out to be much more difficult than she had anticipated. Although she was trained by the Pirate King himself in a all manners of defense, it is keeping those skills hidden that will prove to be her biggest weapon. We get to follow Alosa on board the enemy ship as she gathers intel all the while trying not to raise suspicions. After all, no one can know that she fully intended to be captured or what she hopes to find…

The characters in Daughter of the Pirate King remind me plenty of those in the Pirates of the Caribbean franchise only I enjoyed this cast a bit more. Starting with Alosa, the daughter who wants nothing more than to make her father proud and follow in his footsteps ruling the seas. Alosa is strong physically & mentally, she is also very sharp & sarcastic which quickly made her a fave. We get a bit of background on her and how she came to be so strong. Her relationship with her father is not a positive one but Alosa is very proud & grateful for how it has molded her into a force to be reckoned with. Alosa has a crew of women on her very own ship, all of which she has handpicked herself. Each woman has their strengths & Alosa values everyone one her crew. Once on the enemy ship, we get introduced to their captain and first mate who happen to be brothers. Alosa & the first mate have some fierce chemistry and their banter throughout the book often made me laugh out loud and visibly shake my head. These two know which buttons to press to get the other one going & NOTHING is too far below the belt. There is plenty more that I LOVED about Alosa that I can’t quite say because *spoilers* but just know that she is seriously kick a**!  I got Merida from Brave/ blended with Jack Sparrow/Pirates of the Caribbean vibes & I couldn’t get enough. I haven’t had this much fun with a cast of characters like I have with Daughter of the Pirate King, in a very long time!

Ok, the selfish bookworm in me just wants to get this out of the way…this book was way too short for me! I need more of this fantastic crew, more of this adventure/quest, more Riden! I had so much fun reading Daughter of the Pirate King that I seriously had to pace myself when I noticed that I was inhaling the book. I want to gush all about what I loved about Alosa but I know that I can’t for fear of spoilers lol. The YA Fantasy genre has been a go to for me this past year & therefore has gotten bit harder to find new story lines/characters. However, not only is Alosa a refreshing new character but she will catch you unawares. Just like she manages to keep the crew of the enemy ship in the dark, we the reader also don’t fully grasp the depth of her skills. We get introduced to a very cocky, self-assured, and brave female protagonist & then we are shown that she can back up everything that she says & thinks she is. Hands down my 1st fave female protagonist in YA Fantasy since…thinking…thinking…yea no, she simply is my favorite (the Illuminae Files girls don’t count cuz that’s more sci-fi lol). This being Tricia Levenseller’s debut fantasy series, i’d say she’s onto something here cuz who doesn’t like pirates? this book will leave you wanting to hop on the next ship out of port to your very first adventure with no care in sight. Many of the fighting scenes have a cinematic feel and overall was a ton of fun to visualize. I can’t wait for the sequel to Daughter of the Pirate King, the next adventure that i’m sure will be packed with non-stop surprises 😉

*HUGE thanks to Macmillan Children’s Publishing Group, Netgalley, and Tricia Levenseller for the eGalley of Daughter of the Pirate King in exchange for an honest review

Are any of my bookish peeps looking forward to meeting Alosa, Daughter of the Pirate King? What do you make of that cover? I can’t stop staring at her fierce red hair contrasted against the black & cream parchment *heart eyes*